The Inman Handbook On New-Home Sales

This is the second installment of a new Inman series digging into, and explaining, routine real estate economic metrics and how they’re used to illuminate the current housing market and inventory crises. Don’t miss part 1, The Inman handbook on pending home sales, and check back tomorrow for the third installment on existing-home sales.

Real estate professionals rely on numbers and data, and new-home sales are one of those metrics that help people in the industry keep an eye on the pulse of the market.

So, where does the data come from and what does it mean? What is it telling us exactly?

The numbers actually tell us a lot about the health of the market, and where it might be heading in upcoming months.

In particular, as agents continue to grapple with tight inventory across the country, they’ll want to keep an eye on new-home sales figures. Read on to learn more about why.

What are new-home sales?

New-home sales are the number of newly constructed homes that are sold.

According to the U.S. Census Bureau’s website on new residential sales, “a sale of the new house occurs with the signing of a sales contract or the acceptance of a deposit.”

Therefore, under this definition, a new-home sale may be on a property that’s completely constructed, or one that has not even begun to be built. A property is categorized as “new” if it hasn’t previously been bought or sold.

New-home sales data is generated by the Survey of Construction (SOC), which is funded by both the U.S. Department of Housing and Urban Development (HUD) and the U.S. Census Bureau. Census representatives from across the country take a sample of new residential construction projects from roughly 900 permit offices, according to Bill Abriatis, branch chief of the Residential Construction Branch, Economic Indicators Division, at the Census Bureau.

“Once a project is in the sample, the field representative will follow the case and collect things such as construction start date, completion date, sales date, and characteristics data such as how many bedrooms it may have,” Abriatis told Inman in an email. “New Residential Sales is one of the products produced from this collection.” 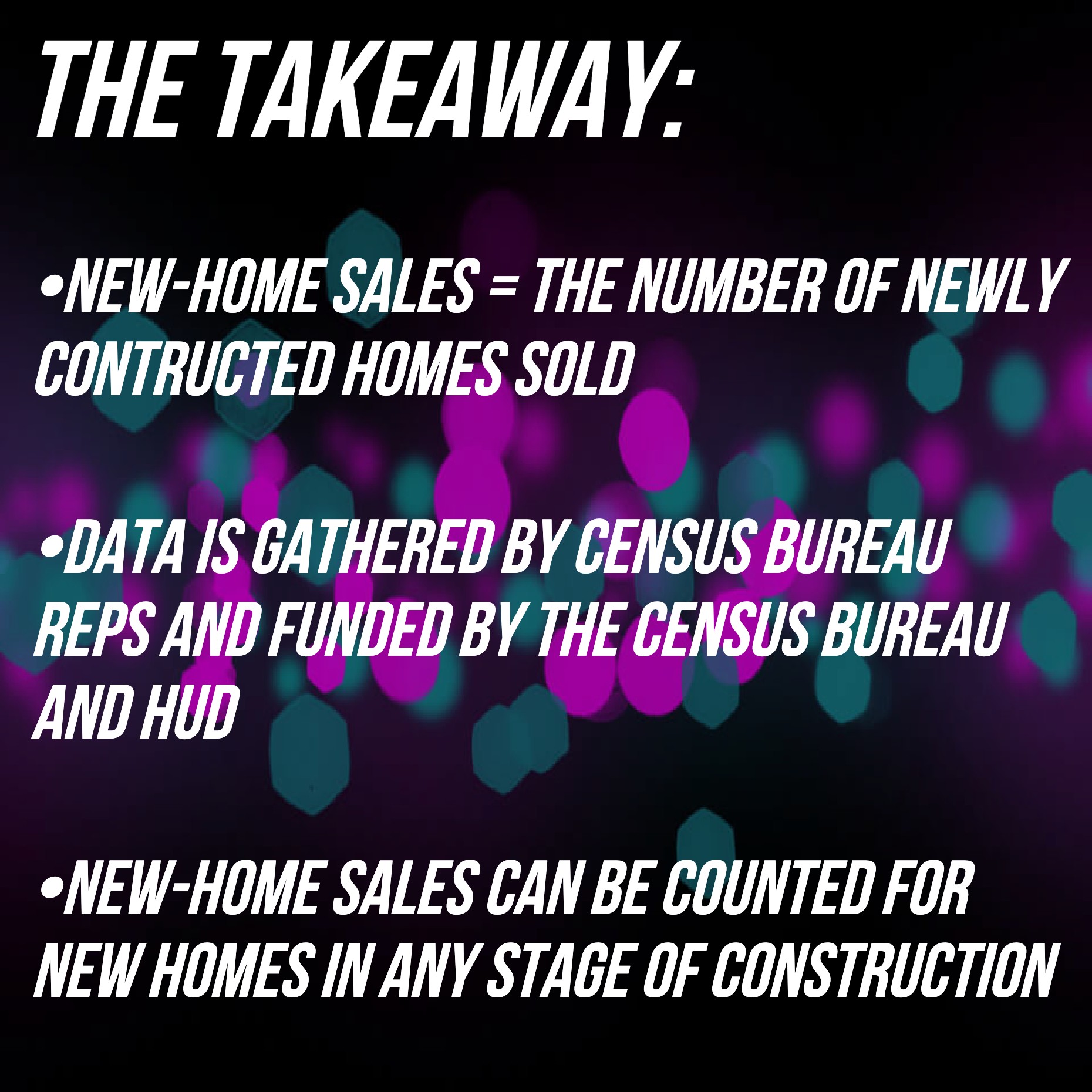 The history of new-home sales data

New housing construction data began being measured and collected in the United States as far back as the 1920s by the Bureau of Labor Statistics, according to Abriatis.

By 1963, HUD started funding the SOC so that, combined with resources from the Census Bureau, the two groups would have the capacity to collect and release sales and other data on new single-family homes. 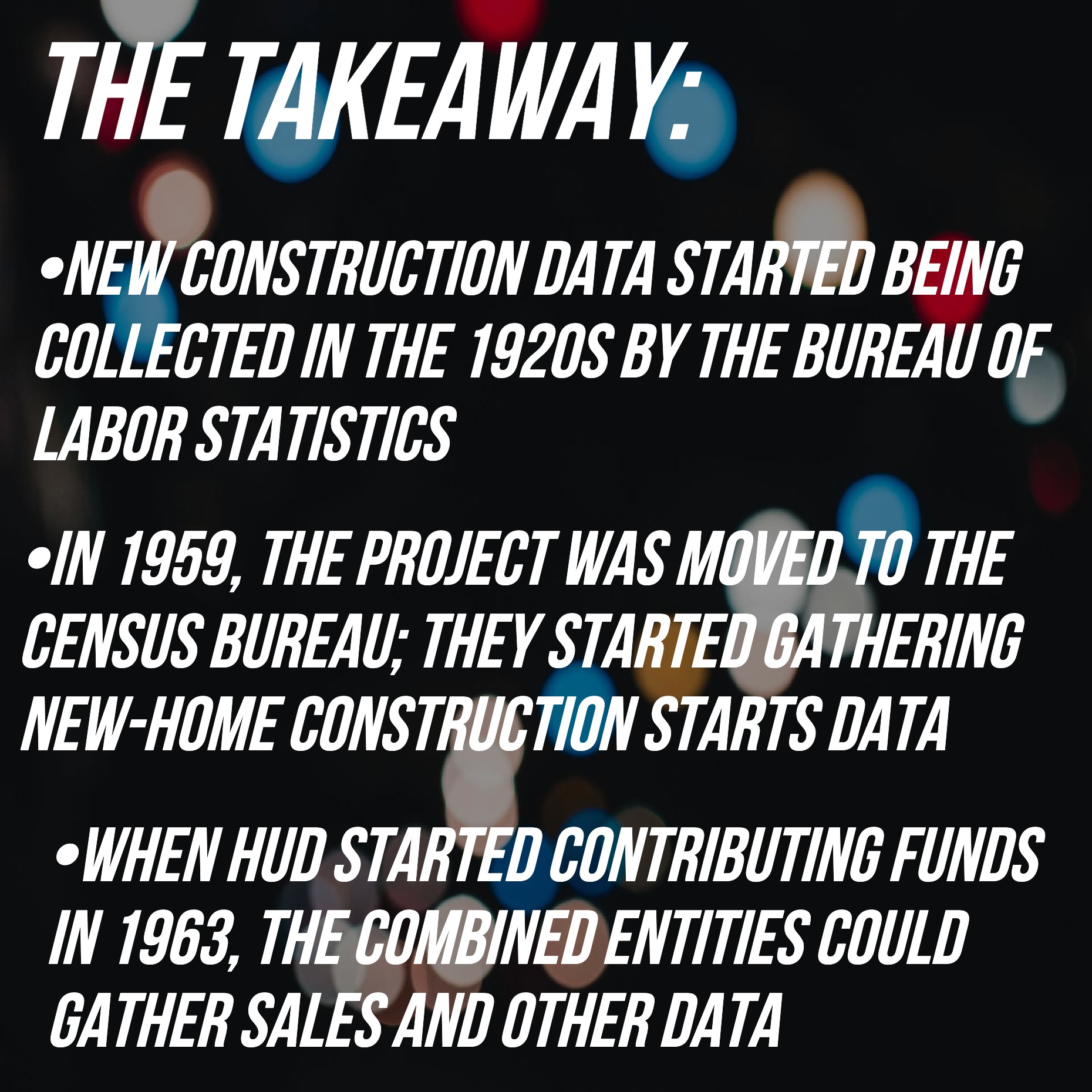 How is the data used and what does it tell us? 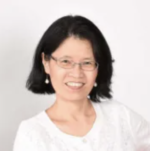 “We should care about [new-home sales data] because the new-home sales are really the additional homes that are coming in the market,” Gay Cororaton, director of housing and commercial research for NAR, told Inman. “If you don’t have new-home sales increasing, you’d have tighter supply.”

During the prolonged inventory shortage that the U.S. has experienced over the last several years, which has been exacerbated just within the last year amid a catastrophic pandemic, industry economists and others have kept a close watch on new-home sales figures because they give the industry an idea about how much more or how much less stressed inventory may be in the weeks following the New Residential Sales reports.

“Sales [of] newly constructed homes are a key component to solving the housing crisis because we have been in a housing shortage for the past decade,” Sheharyar Bokhari, a senior economist at Redfin, told Inman.

Bokhari added that new-home sales have kind of a “multiplier” or domino effect on inventory overall. Because new homes are traditionally a bit pricier than existing homes, existing homeowners will typically graduate into a new home. That move then opens up an existing home for other buyers — particularly first-time homebuyers who will likely have a smaller budget.

“New construction is very important in moving the market, building homes and getting people to move up,” Bokhari said.

The data that’s intrinsically related to new-home sales figures, of course, is housing starts and housing permits, which provide an even more preliminary indication of how much inventory can be expected to enter the market in upcoming months. 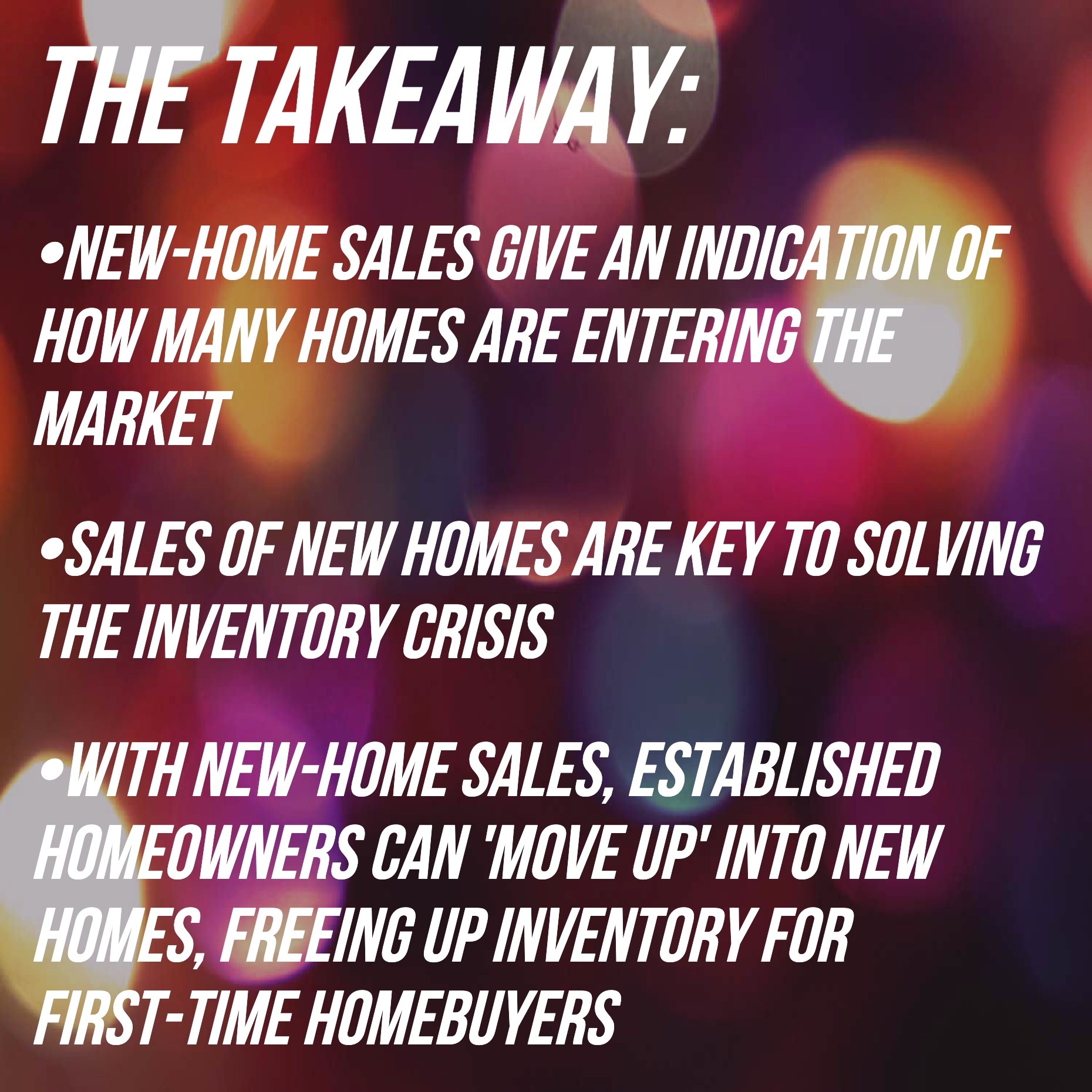 How have new-home sales changed over the last decade or so?

“It’s understandable because there was some overbuilding prior to the housing crash, and then there was not a lot of construction going on [afterwards],” Cororaton told Inman. 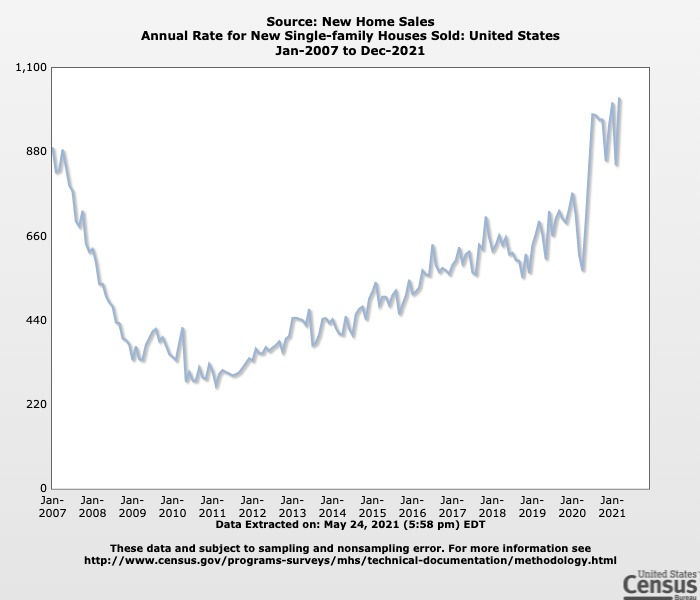 Since then, new-home sales have been steadily climbing along with new homes being built, but a few different market factors have continued to stress inventory. 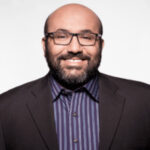 For instance, Bokhari said that as baby boomer-homeowners grow older, many have bucked trends of generations past by choosing to age in their homes, rather than downsize to apartments, living with family, or moving to an assisted living center. At the same time, millennials, who delayed homeownership because of student debt, are now finally starting to enter the market, creating an overlapping of two generations of homeowners at an unprecedented degree.

“Increasingly, the trend is to age in your house, so the median tenure in homes used to be eight years in 2010. Now it’s creeped up to 13 years of people living in their homes,” Bokhari said. “And that’s just the change in the preference of the older population — they want to age in their own home. So, that means they’re not selling their house.”

Other issues, like pandemic-related supply costs and shortages have also kept new construction in check over the last year, which also has prevented new-home sales from making significant strides. 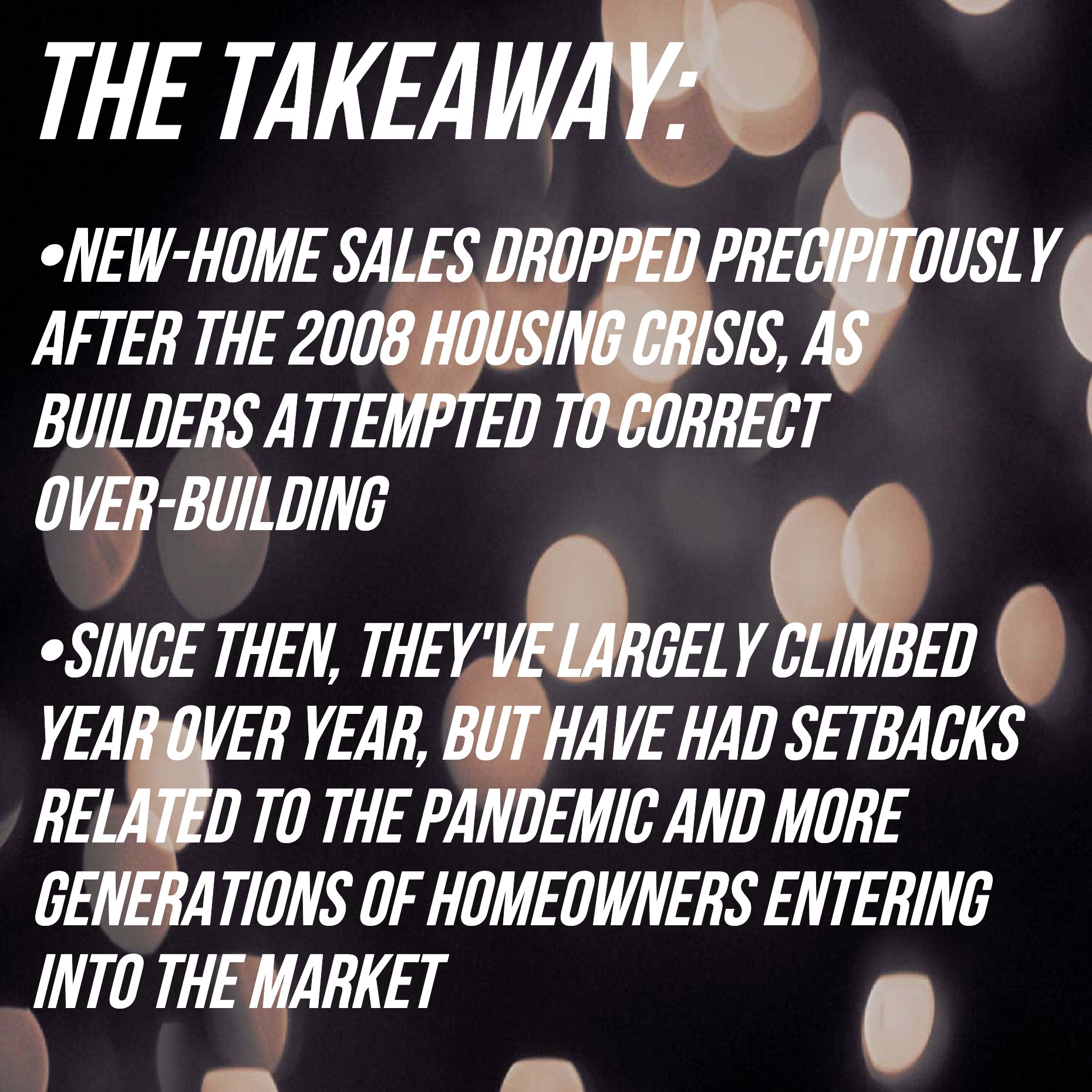 What do the most recent numbers indicate?

The Census Bureau and HUD released their most recent new-residential sales report on May 25, which showed that new-home sales dropped about 6 percent between March and April to a seasonally adjusted annual rate of 863,000.

Although no one in the industry wants to see that number declining month over month right now, April’s figures were still up about 50 percent from the previous year (granted, when the country was shutdown), and well above pre-pandemic levels. Some industry experts also noted that March’s record-high figures were inflated a bit, due to a backlog in construction because of extreme winter weather in some regions in February.

“The good news is, we are producing more homes,” Bokhari said. “If you look at this month’s number — 863,000 at an annualized rate — that’s higher than what we were doing prior to the pandemic, [which] was something like 600,000. It’s obviously, [something] we hope to see more.”

Cororaton was less optimistic about the most recent new-home sales figures, but qualified her comments by noting that lumber prices were a big obstacle at the moment contributing to the declining numbers.

“[It’s] discouraging because [new-home sales] fell,” Cororaton said. “I think one reason for that is that homebuilders are facing high lumber prices. The price of soft wood lumber, the lumber that you use for framing, that’s up 112 percent from January a year ago.”

However, still looking at the long view, rather than month-to-month changes, the growth in new home sales is fairly positive.

According to a report released by Redfin at the end of April, new-home sales made up about 25 percent of all single-family home sales in the country during the first quarter of 2021, an all-time high. 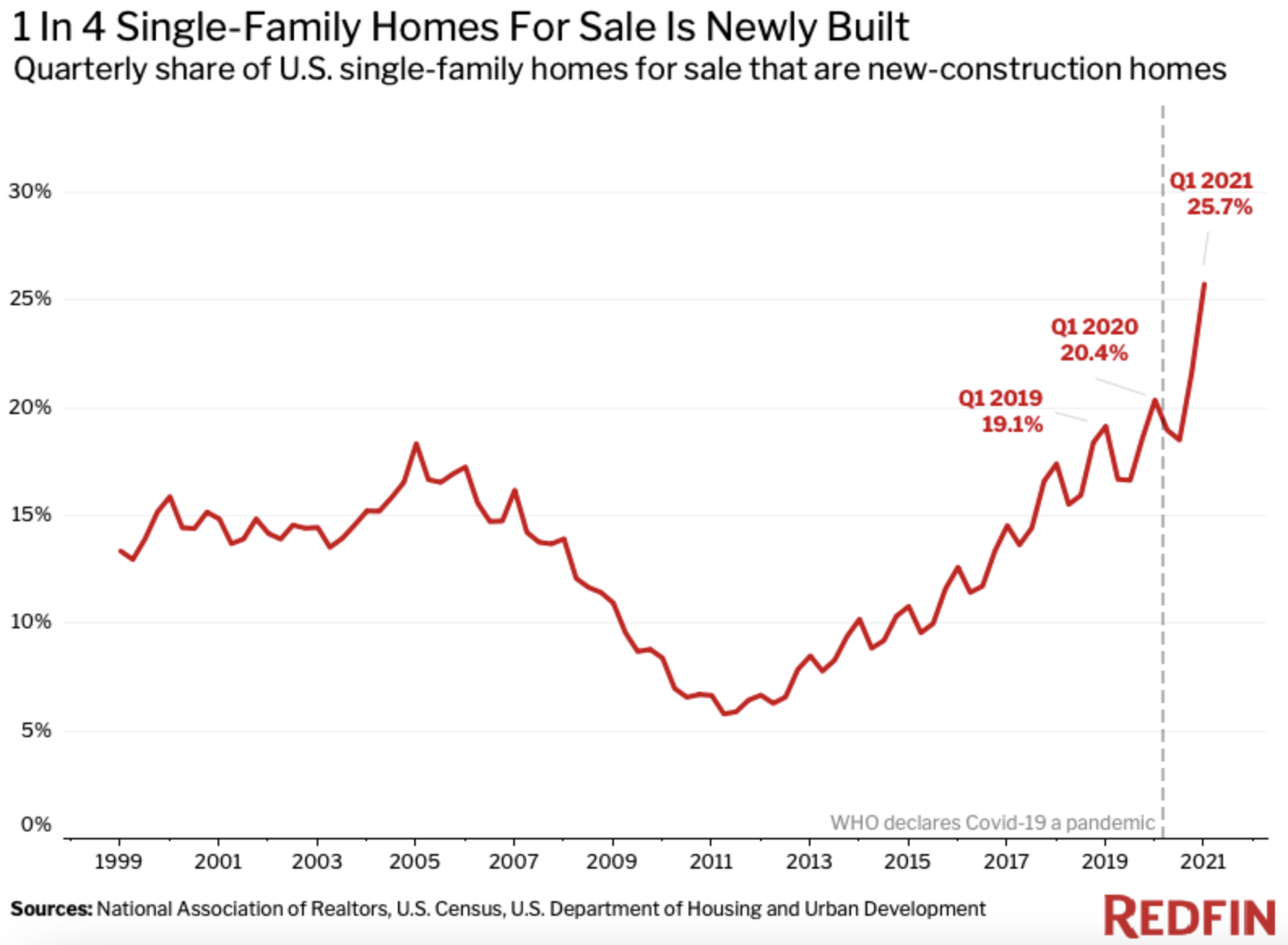 “The demand for a single-family [home] has increased recently, [whether] it’s from work-from-home, or just having a home office or something, everybody has this high demand for single-family,” Bokhari said. “And new construction is responding and becoming a bigger part of that inventory. That’s important.” 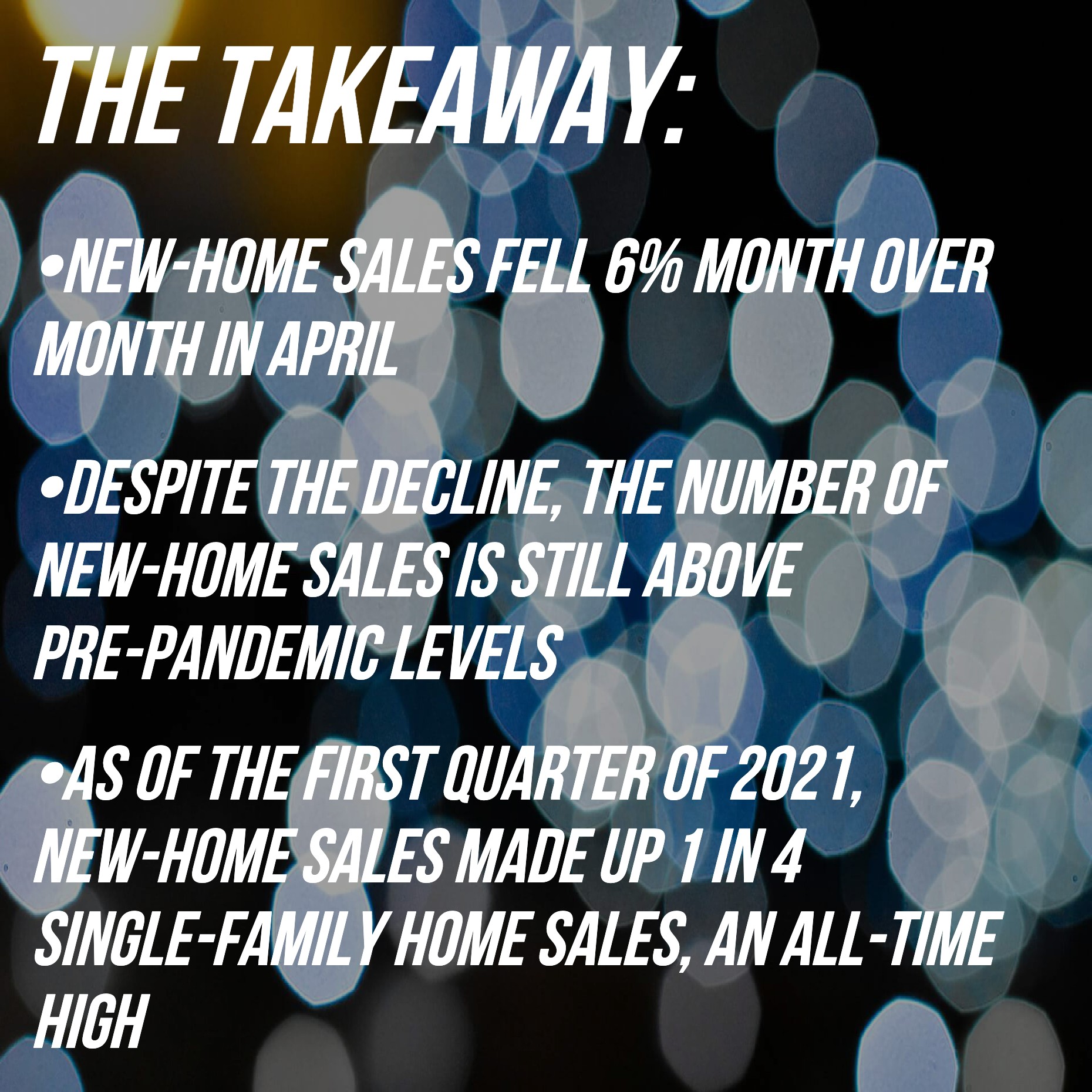 How will the inventory crisis end?

Worth A Steal! 8 Email Marketing Scripts For Your Repertoire