As many as 60 percent of companies may consider a mix of remote and in-office work, which would have major implications for the housing market, panelists said during a session of the Urban Land Institute’s virtual Spring Meeting conference.

As the coronavirus pandemic gradually improves across North America, experts believe companies will increasingly opt for some sort of hybrid remote work model, and they expect to see the shift toward cheaper cities continue.

That was the takeaway Monday from a session of the Urban Land Institute’s virtual Spring Meeting conference, where a group of analysts came together to talk about what might happen in the near future housing market. And early in the session, Benjamin Breslau — chief research officer for real estate services company JLL — said that basically every company in the world right now is trying to figure out how workers should return to offices. 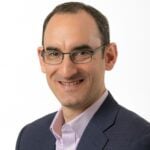 Those questions have to do with what the office of the future should look like, how often workers need to be in offices, and even where exactly companies should locate their facilities.

Companies are still working out the answers to those questions, but Breslau said his firm’s research suggests 50 percent to 60 percent of companies are leaning toward hybrid models. In other words, many employers may ask workers to come in two or three days a week, while allowing them to remain remote the remainder of the time.

“The hybrid model, we believe, is going to be the future,” Breslau said.

If that happens, it would have tremendous implications for the housing market. Over the course of the pandemic, numerous workers have relocated to new cities. This trend has created a huge influx of people to ascendant areas like Boise, Idaho, and Austin, Texas, while also leading to falling rents and higher vacancies in places like New York and San Francisco. Last week, new data also showed that for the first time in more than a century California saw a net decrease in population in 2020.

If most employers do opt for a hybrid model, however, that could tilt the scales in favor of cities that are adjacent to major job centers. So for example, Sacramento, California, could benefit because its location would let workers occasionally commute in to San Francisco. Boise, on the other hand, might be a tougher sell to hybrid workers because it’s not within driving distance of any other major cities.

On the other hand, Breslau also believes completely remote work “probably doubles to 20 percent from 10 percent.” 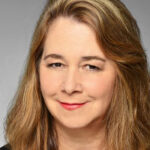 Whatever happens with remote work, though, the panelists Monday indicated that migration is going to continue in some form or another. Mary Ludgin — a managing director of research at real estate investment firm Heitman — said that “we do think there are legs to this shift in location.”

“The less costly markets are going to appeal to some people who have done the big city thing,” she suggested, adding later that there is an ongoing shift away from the Northeast and toward the Sun Belt.

Breslau agreed, saying that demographic trends such as aging millennials were driving a shift toward bigger and more suburban houses even before the pandemic.

“We expect that to continue as well,” he added.

But none of this means, of course, that big cities will die.

Ludgin pointed out that when she was a college student in New York in the 1970s the city was going through difficult times. But New York eventually saw a resurgence and it has continued to dominate American culture and finance in the decades since. The takeaway is that “ruling New York out would have been the wrong move” then, and is the wrong move now as well.

“These big cities are on sale, that’s an opportunity for people who didn’t think they could live in New York,” she concluded. “They’re going to take advantage of that.”