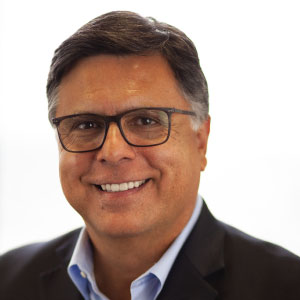 “Despite significant headwinds, [Hispanics] drove homeownership growth in America for the sixth consecutive year,” NAHREP Co-Founder and CEO Gary Acosta said in a press release. “This was especially consequential in 2020 because it was housing more than any other sector that pulled the country out of the coronavirus-induced recession.”

NAHREP said the boom can be attributed to generational, educational and financial trends that have pushed Hispanic homebuyers to the forefront of the battle to raise the U.S.’s stagnant homeownership rate.

“The overwhelming amount of [Hispanics] aging into prime home-buying years remains the biggest catalyst for homeownership growth,” the report read. “With a median age of 29.8, Latinos are almost 14 years younger than the non-Hispanic White population. In 2020, nearly half (43.6 percent) of Latino homebuyers were under the age of 34 compared to 37.3 percent of the general population.”

In addition to generational trends, Latino homebuyers have lower median student loan balances ($17,600) compared to their Black ($30,000) and non-Hispanic white counterparts ($23,000), as only 17.6 percent of Hispanics 25 and older have a college degree.

But lower student loan balances are a double-edged sword for the Hispanic community — although it may help with mortgage qualification, it also represents a lack of access to higher education has made them particularly vulnerable to the pandemic-induced unemployment boom.

“Over the past decade, Latinos have nearly single-handedly fueled the U.S. labor force, accounting for 90.8 percent of its overall growth,” the report read. “However, due to Latino over-representation in the service industry, the annual 2020 Latino unemployment rate was 10.4 percent, the highest annual average since 2011.”

A wide racial wage and wealth gap has placed many Hispanic homebuyers between a rock and a hard place, as a median credit score of 668, a median debt-to-income ratio of 41 percent, and a median down payment of 3.5 percent made it harder than ever to qualify for a mortgage as lenders tightened standards.

Despite those financial barriers, the report said there are 8.3 million “mortgage ready” Hispanics who are seizing homeownership by moving to markets with better employment opportunities and more affordable home prices, such as Durham/Chapel Hill, North Carolina, and Boise, Idaho. 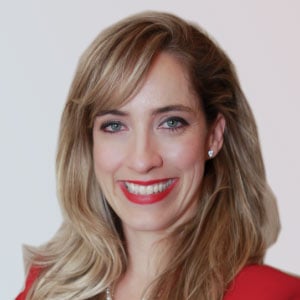 “A strong work ethic lifted Latino homebuyers to near-record numbers,” Rodriguez said. “Improvements to housing supply and mortgage credit rules will ensure robust growth for the next decade and beyond.”

The main opportunity for change is in the mortgage approval process, which is markedly more difficult for self-employed and gig economy workers. Thirty-one percent of Hispanics reported “non-traditional earnings” in 2020, and the number of Hispanic-owned small businesses has increased 34 percent since 2008.

Higher levels of entrepreneurship has made it more difficult for Hispanic homebuyers to qualify for mortgages with favorable rates and terms. “Consumer Financial Protection Bureau’s (CFPB) Ability to Repay and Qualified Mortgage Rule’s reliance on Appendix Q to determine income for self-employed borrowers makes extending credit to many Latino small businesses overly burdensome,” the report read.

In addition to a more holistic credit system, NAHREP said land use and zoning reform is needed to help would-be Hispanic homeowners access more affordable “middle housing” that includes duplexes, triplexes and other for-sale units in small, multi-family buildings. Furthermore, NAHREP said immigration reform is needed not only to bolster Hispanic homeownership but to secure the future of the United States.

“Undocumented workers contribute $1 trillion to the country’s GDP, generate $190 billion in government revenue, and support nearly 20 million jobs,” the report read. “Granting a pathway to citizenship for undocumented workers would create an additional $1.5 trillion in GDP and $367 billion in tax revenues over ten years.”

Lastly, NAHREP said real estate brokerages can do their part by hiring more Hispanic and bilingual real estate agents, brokers and staff members, translating materials into Spanish, and connecting with the Hispanic communities in their markets to learn about their specific wants and needs.

“Real estate industry is all about who you know,” the report read. “First-time homebuyers often rely on their network, including close friends or family, to guide them through the home buying process.”

“Simply having physical office locations in predominantly Latino neighborhoods will make it easier to hire and serve more Latinos,” it concluded. “It’s that simple.”

How To Navigate Multiple Offers: It Comes Down To Money