Mother’s Day is this Sunday, and in a year full of homebuying buzz, many moms may be reflecting on their own home purchase.

As it turns out, a lot of moms have been left unsatisfied with their home — more than 1 in 4 wish they had purchased a different home, according to a new study by LendingTree. Moms are also nearly twice as likely to experience homebuyer’s remorse than dads, only 14 percent of which experience those same feelings of regret toward their home. 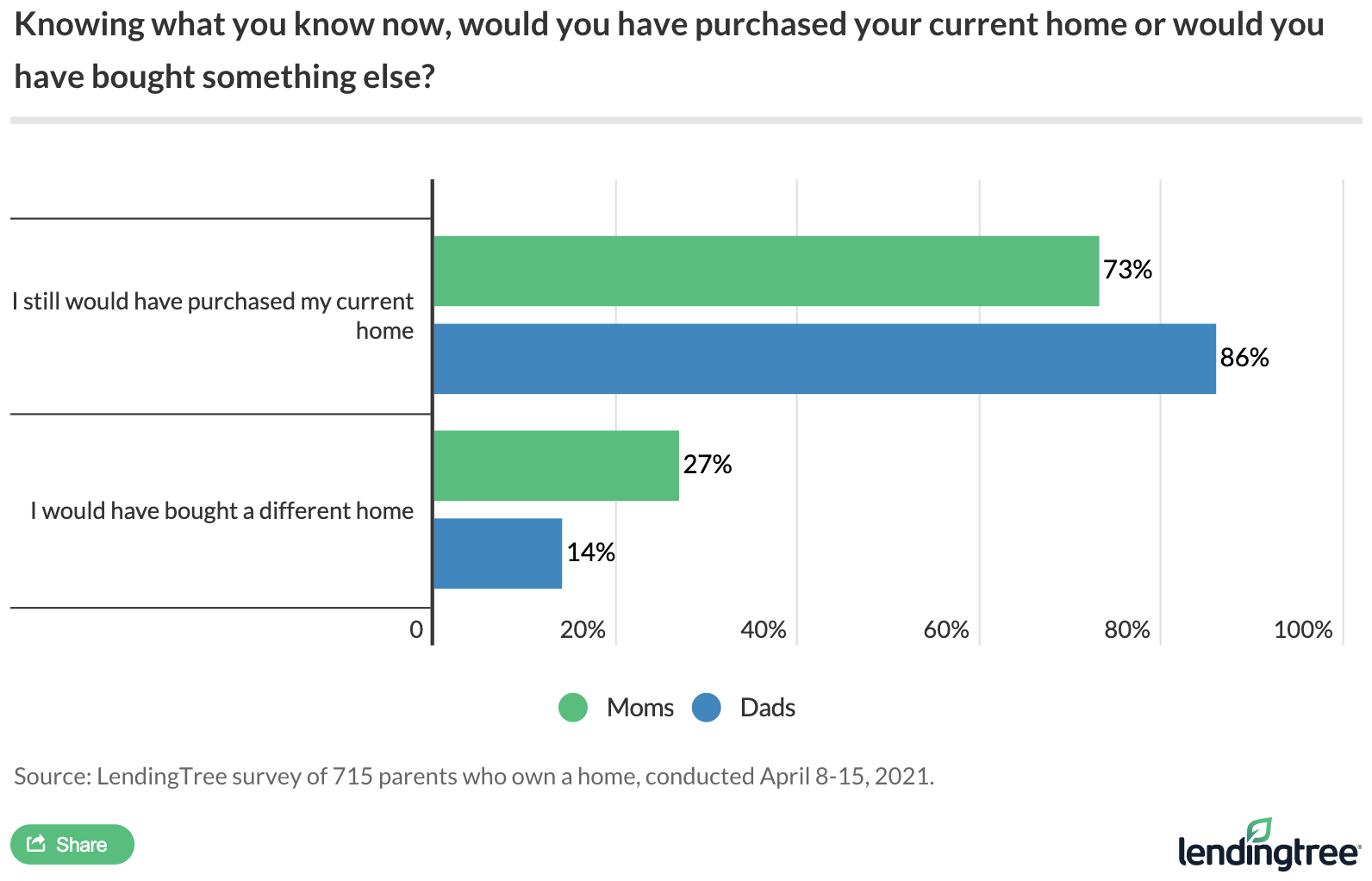 For this report, LendingTree commissioned an online survey through experience management firm Qualtrics of 1,006 parents with kids aged 18 or younger. The survey ran from April 8 through April 15, 2021.

As the market continues to go strong, LendingTree’s study found that a whopping 64 percent of parents are considering selling their home in order to try and find the dream home they may have missed before.

Most parents wish they had a larger kitchen, at 23 percent of survey respondents. After that, the things parents most wanted to change was their amount of outdoor space (14 percent) and their home’s location (11 percent), all somewhat predictable factors given the pandemic’s impact on how people live and have come to see their homes more as a sanctuary. 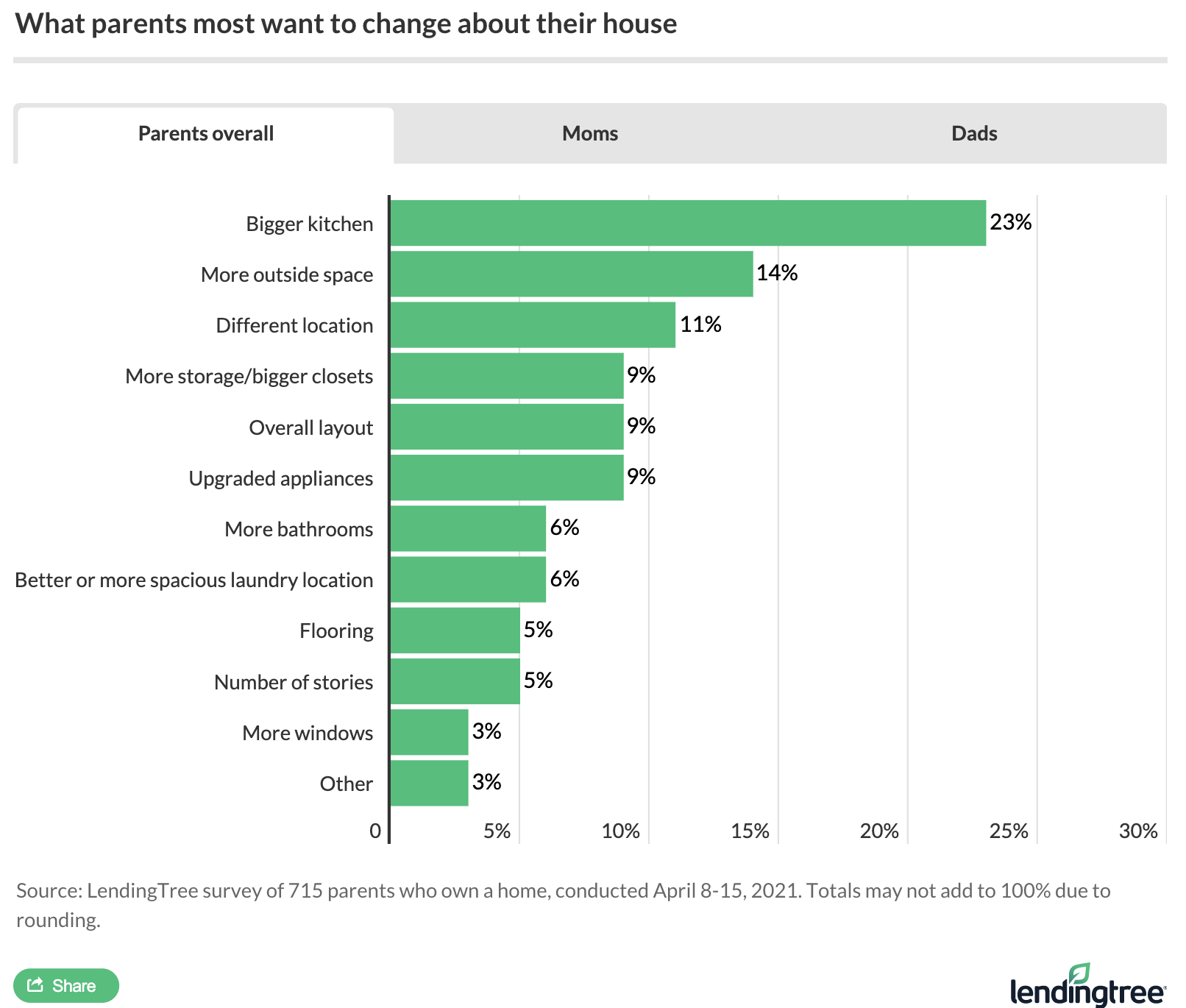 A sizable portion of parents have called in the professionals for their home, with 42 percent reporting they’ve used designers or professional organizers. Another 25 percent of parents stated that they would like to use these kinds of professional services to help with their home’s pain points.

When it comes to sharing the true cost of those home decor expenses, mom was guilty more often than dad: 79 percent of moms said they’ve purchased home items and hid their true cost, while 50 percent of dads did the same. 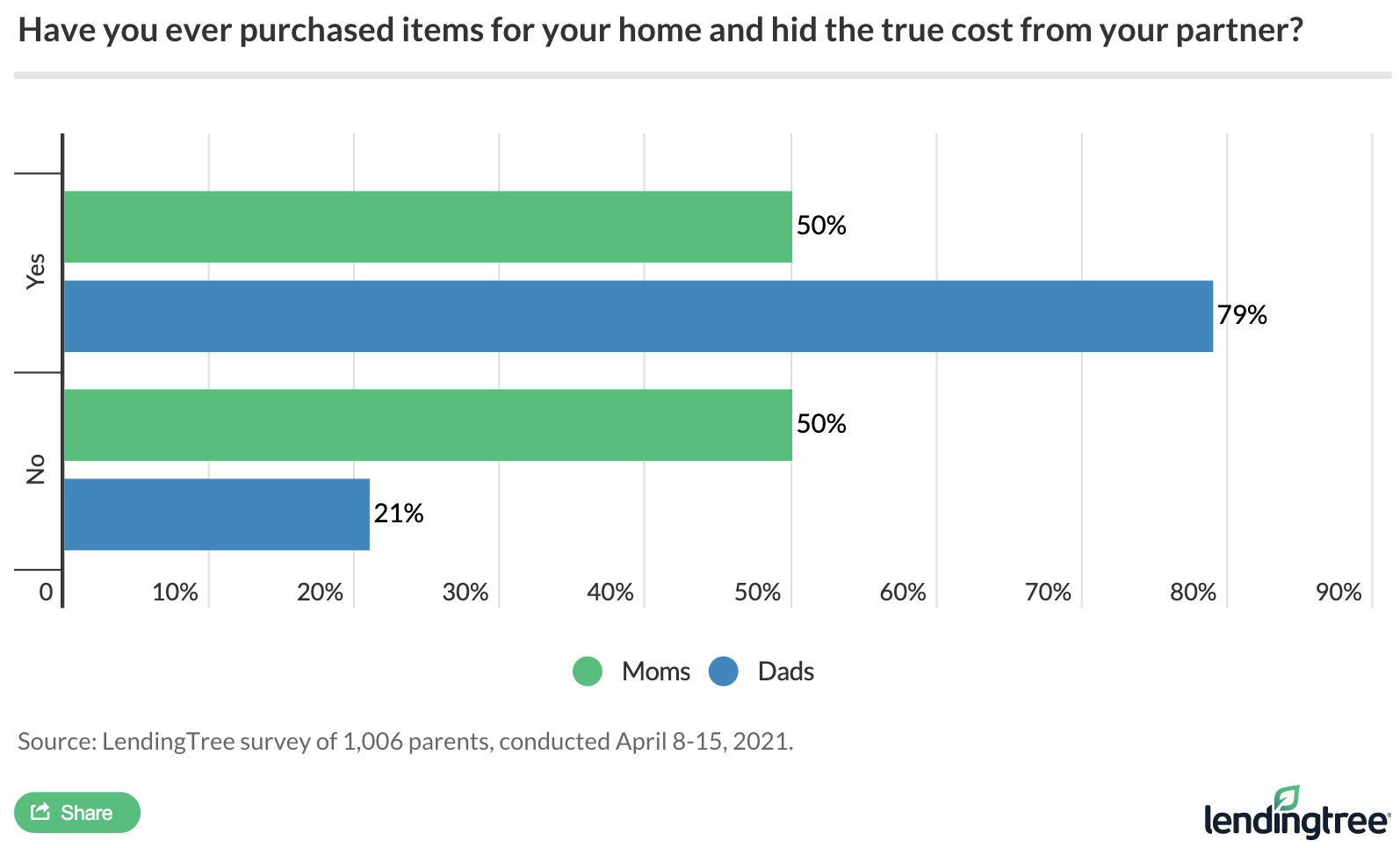 Sellers Absolutely Have The Upper Hand In This Housing Market: Survey